What goes in, must not come out - and must also not cause harm to anyone working inside the lab. That's perhaps a nice way of summing up "laboratory safety" in one sentence - at least wherever pathogens are handled in biological and medical settings. The necessary laboratory safety precautions primarily depend on what is waiting "inside".

Through the microscope: medical research lab are dealing with pathogens when they are searching for vaccines and drugs. The right protection measures are the name of the game here.

Many pathogens have caused a major uproar in recent years. In the past, the Zika virus, EHEC, SARS, MERS and right now SARS-CoV-2 Coronavirus have emerged as new pathogens that infect humans and have been recognized as having animal origin. Others, including Ebola, measles, various influenza (flu) viruses or Marburg virus, have been around for a long time and continue to cause occasional disease outbreaks in some regions. These viruses not only occur in nature, in humans or animals but are also stored at research laboratories around the world in an effort to find potential medicines and vaccines as solutions.

Biological agents at work such as pathogens are classified into four Risk Groups following international rules and regulations. The European Union covers this in its Directive 2000/54/EC, which is implemented by the member states in national standards for occupational safety and health. The United States follows the laboratory safety regulations as outlined by the Centers for Disease Control and Prevention (CDC).

Risk Groups are classifications that describe the relative hazard posed by infectious biological agents or toxins in the laboratory as it refers to the likelihood of causing disease in humans and transmission to the population and reflect potential treatment and prevention options. To put it in a nutshell, the more infectious and difficult it is to treat the agents, the safer the laboratory and working conditions must be.

Biological laboratories are classified into four corresponding Safety Levels, which are referred to as biological safety or biosafety levels (BSL). Risk Group 4 pertains to the most serious and deadly pathogens in the world and includes viruses such as the smallpox variola virus or the Ebola and Marburg virus, which cause hemorrhagic fever, a severe and often fatal illness in humans. These pathogens can be readily transmitted from one individual to another, rendering an effective treatment impossible. The 2014 outbreak of Ebola virus disease caused more than 11,000 deaths but has shown that intensive medical treatment can be effective until the body has successfully fought the infection. Since 2015, there has been a potential Ebola vaccine. These types of viral agents can only be handled in BSL- 4 laboratories, ensuring the highest level of biocontainment.

Risk Group 3 pathogens are also infectious agents that cause serious diseases in humans. However, treatments or prevention for these diseases are typically an option. Agents include influenza, human immunodeficiency and hepatitis viruses. SARS-CoV-2 virus also falls into the Risk Group 3 category for now.

Pathogens of Risk Group 2 pose a moderate risk and transmission is rather unlikely. There are effective treatments and preventive measures in place. Finally, Risk Group 1 contains non-pathogenic organisms unlikely to cause human or animal disease.

Would you like to learn more about measures that protect lab workers from infection? You can find exhibitors and products related to this topic in the catalogue of MEDICA 2019:

Safety thanks to technology

Prevention is key when it comes to laboratory work. Laboratory-acquired infection of staff or the release of infectious biological materials must be avoided at all costs. The outbreak of the Marburg virus in 1967 in the Hessian town of Marburg, Germany, shows the serious consequences of insufficient laboratory safety conditions. Laboratory workers of a pharmaceutical company became infected after handling tissue of test monkeys, leading to the initial recognition of the disease. Seven deaths were reported, while 30 people were infected. Since then, there have been recurring outbreaks of Marburg virus in various African countries until 2014.

Apart from stringent education and instruction in occupational health and safety, various laboratory safety measures and personal protective equipment of each laboratory worker prevent humans from coming into direct physical contact with potentially infectious agents. Find out how these methods work and how they ensure lab safety in our Topic of the Month. 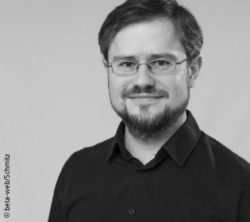 The article was written by Timo Roth and translated from German by Elena O'Meara.
MEDICA-tradefair.com