Brazil and Colombia: medical device markets under the microscope

Brazil and Colombia have a combined population of nearly 257 million people – for all intents and purposes, a huge market for internationally active medical device manufacturers. Yet political and economic instability has put the brakes on these markets in recent years. What do manufacturers need to know about both places and what does the future of this industry sector look like in this region? 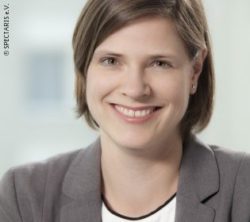 In this interview with MEDICA-tradefair.com, Jennifer Goldenstede talks about the medical technology market in Colombia and Brazil and describes what manufacturers need to consider when it comes to market entry and export.

Ms. Goldenstede, how are the national healthcare systems in Brazil and Colombia?

Jennifer Goldenstede: Right now, Latin America is unfortunately economically not well positioned. Brazil's economic power has clearly decreased in recent years. Its medical device market currently exhibits slow growth and exports to Brazil have also considerably decreased from a German perspective. Having said that, we also notice that the market is under slight consolidation. Its size was estimated at 4.7 US dollars in 2015. It is expected to grow to about 5.5 billion US dollars by 2020. This growth is very much driven by private investments, while the investments in the public health system are rather stable. Nevertheless, pressure on prices is likely to grow in the Brazilian healthcare system, also prompting cost cuts in this area.

Meanwhile, the Colombian market is somewhat different. It is much smaller in size and features an excellent public insurance system. The local production of medical technology is limited and makes Colombia more dependent on imports. These imports primarily come from the U.S., Mexico, Germany, China, and Japan. As is the case with Brazil, in the past, the country’s economic conditions were not great – fueled by the political situation and a weak currency. This is where we also expect a positive development in the coming years, which is driven by the strong private market. Colombia has excellent private hospitals and the country also wants to increase its support of medical tourism, prompting it to now import even more high-tech equipment.

Do the healthcare systems there face the same problems we face in Europe – that being demographic change or increasing prevalence of lifestyle diseases?

Goldenstede: Brazil is a relatively young nation but I believe there is definitely a trend towards more care for increasingly older patients, with lifestyle diseases such as diabetes and cardiovascular diseases also being on the rise. This is also reflected in some of the largest product groups that the country has imported. In addition to traditional disposable products, this mostly includes auxiliary aids, surgical instruments, implants, artificial kidneys, and medical imaging devices. What’s more, pacemakers are increasingly among the top German export products to Colombia.

Thanks to increasing cost pressure, eHealth measures also gain momentum in Brazil. The trend towards digitization is also unstoppable in these parts. Due to its expansive territory, Brazil faces the challenge of ensuring healthcare access in rural areas, which is why the country also increasingly relies on telemedicine.

The Brazilian market for medical technology is consolidating financially. This development is mainly carried by investments in the private health sector.

Are there specific competencies and skills that give medical device manufacturers an edge in these areas?

Goldenstede: In the case of Brazil, it is very helpful to speak Portuguese, the country's national language to facilitate the market entry and collaborate with local distributors. What's more, the approval process of the national health surveillance agency Anvisa can take a very long time. That’s why it makes sense to focus on this aspect at an early stage.

Goldenstede: In the past, Anvisa required an on-site audit at the manufacturer for medical devices assigned to the higher-risk classes III and IV. However, there are not many auditors at Anvisa, who are also able to audit medical devices on an international scale, which resulted in long wait times and prompted innovations to enter the market after a delay.

In recent years, SPECTARIS and the German Federal Ministry of Health (Bundesgesundheitsministerium) have teamed up in a project with Anvisa to expedite this process. We have exchanged information on licensing systems and promoted the CE Marking process on our part. As a result of this, since October 2017, Anvisa no longer stipulates local audits for products assigned to classes III and IV. Instead, internationally approved devices that already have a CE mark or FDA approval are now only subject to a desktop review. This allows manufacturers to submit the technical documentation to Anvisa. Based on this documentation, the agency decides whether the device is suited for the Brazilian market. This also helps Anvisa to conduct audits faster and lighten the workload of auditors.

Do certain brands and labels such as "Made in Germany", "Made in USA" or "Made in EU" enjoy a special cachet in Brazil?

Goldenstede: Brazil is a very competitive market, which is why a lot of attention is given to both quality and price. I believe a label like "Made in Germany" or "Made in USA" is definitely important. Having said that, for its public tenders, Brazil also increasingly demands local production as part of the "local content requirements" rule. That's why many companies start to set up their own plants on location or enter into joint venture agreements with local manufacturers.

That being said, I think that European and American manufacturers have a slight edge over the competition, especially when it comes to the private health sector. But manufacturers must continue to consider new business models and give serious attention to aspects like after-sales services, warranties, and staff training to deliver an extra benefit that sets them apart from local manufacturers and the fierce competition from China.

Read the interview with Horst Giesen and Hannes Niemann here