Creating custom-made medical devices to target individual patient needs: that is the core function and primary objective of orthopedics. Using 3D printers for this will make sense in the future. Luxinergy is an innovative Austrian technology company that specializes in the development of biocompatible resins and large-format 3D printers. Its business partner kerkoc extensively tests the materials and 3D printers to determine whether they are a great fit in the orthopedic field.

MEDICA-tradefair.com spoke to Thomas Rockenbauer and Martin Petraschka and asked them about their partnership and the digital development of the orthopedic industry.

Mr. Rockenbauer, what are the benefits of using 3D printers in orthopedics?

Thomas Rockenbauer: Orthopedics is a classic craft that creates custom-made assistive devices. This is exactly where 3D printers can shine. 3D printing makes it possible to tailor shapes, functions, and material thickness to meet each patient's specific needs. The traditional manufacturing process often reaches its limits when it comes to complex structures. The production is also a time-consuming and costly process – but meanwhile patients want quick availability. People like to wear 3D-printed orthoses because they can be customized, which also increases the therapeutic effect. Another benefit: Once the orthotic device has been designed on the computer and built, it can be used as a template and replicated with accuracy and the same quality. This can be especially relevant for pediatric orthotic applications. For children, the structure of the orthosis basically remains the same, but they keep growing as they get older.

How does your 3D printer system work?

Rockenbauer: Our 3D printing system is based on stereolithography technology. This process uses a liquid polymer that is cured in a layer-by-layer fashion with UV light. We use a vat that is filled with biocompatible resin. A projector exposes the resin vat to light and in doing so solidifies and cures the layer. The process is repeated layer by layer until the build is complete. Stereolithography is one of several methods used to create 3D-printed objects, but it has several advantages over other 3D printing processes: one of them is the printing speed. The process is faster than Selective Laser Sintering (SLS) or Fused Deposition Modeling (FDM). And unlike with SLS, our components do not have to cool down after printing. Plus, we can also create transparent objects with our method. This is an interesting aspect in orthopedics, because it allows the orthopedic technician to see through the orthosis and check for any skin irritation or pressure points.

What is your take on the future of orthopedic technology?

Rockenbauer: I believe the future of orthopedic technology is fully digital. Traditional craftsmanship will switch over to newer technologies – and embrace tools like computer-aided design (CAD). Some already make the switch to 3D scanning like Kerkoc, for example. The next big step is to also digitize manufacturing using 3D printing. The idea is to use 3D printing to produce accurate, custom solutions for patients as quickly as possible.

Fit and design of the orthosis can be individually adapted to the patient's requirements using 3D printing.

Mr. Petraschka, you are testing Luxinergy materials for their application in orthopedic technology. How do you conduct this testing?

Martin Petraschka: The tests range from material constants to long-term tests on test subjects. It all starts with the CAD software. Luxinergy measures some material constants such as yield strength directly. This data is then imported into a finite element analysis software. This is where the designs are tested to determine the right wall thickness to absorb various forces. Once this process is complete, we print out the first orthotic devices and perform endurance tests. We have a team of seven who helps us. We scan the body parts of the team members and design orthoses. The testers wear these orthotic devices and are surveyed about pressure points, activities, and other factors. The answers are subsequently factored into the orthotic designs.

Once our orthoses are certified, we will take the first step towards a dual care track - conventional production and simultaneous production using the new 3D printing technology. Patients receive parallel care and are accompanied by studies. This allows us to determine the highest level of wearing comfort and compliance. The patient must feel comfortable to wear the orthosis – he or she must feel connected to it. If patients wear the orthotic devices more often, they achieve better compliance and adherence to their care plan. And this also improves the treatment effect.

For which application areas in orthopedics have you tested the technology so far and when do you expect them to be available?

Petraschka: We started with static models: helmets and hand splints without joint support. Then we moved on to support for scoliosis and corsets. Eventually, we advanced to bony structures, meaning dynamic orthoses: foot support and insoles and leg braces with joint support. We expect certification by early 2022. At that point, Luxinergy can purchase the printer and material and kerkoc can start to serve patients.

As a well-established company, you celebrate over 75 years in the business. How has orthopedics changed over the years?

Petraschka: 3D scanning technology made its way into the field of orthopedics about eight to ten years ago. Digitization is currently not only transforming 3D printing and CNC milling (computer numerical control), but also impacts documentation, quality control and medical device safety. Digitization in 3D printing has somewhat slowed down in recent years because there is a lack of affordable 3D printers that are suitable for the premises. Our company is increasingly heading towards a seamless documentation of the entire care process, transparency with customers and physicians and accurate documentation from raw material supplier to finished product.

What prompted you to form a partnership with Luxinergy?

Petraschka: Kerkoc is committed to giving its customers the best service and providing the latest products and technology. We aim to advance the digitization of our craft and avoid the plaster cast method, which also benefits the customer. Shorter lead times and environmentally friendly fabrication are likewise important factors. 3D printing must be accessible and – most notably- affordable. Conventional 3D printers are very pricey to own and operate. It is important for small-sized orthotics companies to determine how much money they can afford to invest in new technologies. The collaboration between Kerkoc and Luxinergy offers a solution to this problem. 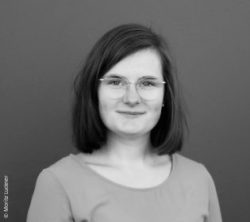 The interview was conducted by Elisa Wendorf and translated from German by Elena O'Meara.
MEDICA-tradefair.com

Getting from 3D scan to 3D print: computer-aided prostheses and orthoses